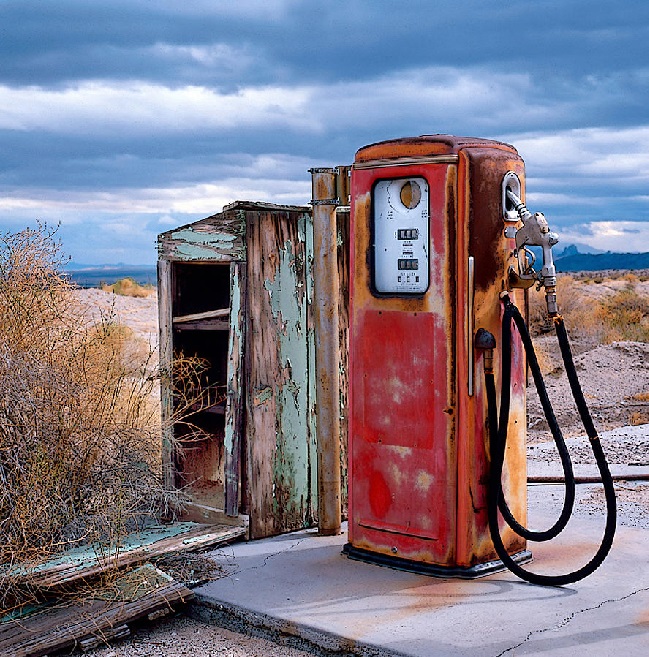 This article will touch on motor vehicle fuels and how changes effect our vintage motorcycles.

Recent debates and publicity concerns surrounding the introduction and use of “Green Fuels”, has raised the question of the effects of these alcohol fuels on the materials used in our products.

The use of ethyl alcohol mixed with petrol up to concentration of 10% (E10) has been common practice in the USA since the fuel crisis of the 1970’s. This blend is now available in Australia and increasing supply throughout Europe. Higher concentrations, of 22% to 85% (E22 to E85), are used in Brazil and the latest trend has been for vehicle manufacturers to develop Flexible Fuel Vehicles (FFV’s).

These FFV’s and South American vehicles have all been specifically designed to accommodate the use of these high concentrations of ethanol.

In the United States the concentration of ethanol in pump gasoline is governed by the EPA and the Renewable Fuel Standard.

Established by Congress as an amendment to the Clean Air Act, the Renewable Fuel Standard (RFS) mandates that U.S. transportation fuels contain a minimum volume of biofuel. The term blend wall is where we need to pay attention. The “blend wall” is a term used to describe the upper limit to the total amount of ethanol that can be blended into U.S. gasoline and still maintain automobile performance and comply with the Clean Air Act. The blend wall ethanol content is generally limited to 10% (E10).

The addition of ethanol to fuel has an effect on both the performance of an engine and also its interaction with the different materials it comes into contact with.

The energy content of ethanol is lower than that of gasoline. Having only 65% of the volumetric energy content of gasoline. This leads to higher volumetric fuel consumption with ethanol compared to gasoline. Probably not really that noticeable in you miles or liters per gallon at only 10% concentration. It will have a noticeably effect on tuning. Main jet  and sometimes pilot size will  have to be increased a size over the factory spec to account for the difference.

The addition of ethanol, up to a certain level, improves the octane number ,giving better anti-knock properties that can be helpful to older and higher performance engines that were designed for high octane fuels. Some on the web have posted methods for removing ethanol which we advise against. Since the ethanol content has been factored in to achieve a certain octane rating any change to the ethanol concentration will have an adverse effect. You would be better off sourcing racing or aviation fuel that is free of ethanol.

A fuel’s ability to vaporize has an effect on performance and on emissions. The addition of ethanol has the effect of lowering the temperature at which the fuel vaporizes, thereby improving combustion and cold starting. However It can increase the possibility of a vapor lock.

In addition to hydrogen and carbon , ethanol also contains oxygen. The replacement of hydrocarbons with oxygen has the effect of weakening the air-to-fuel ratio. This lowers emissions, lowers MPG and raises NOX in vehicles without a three way catalyst.

The addition of ethanol causes fuel to become hydroscopic (absorbs water). This has several different effects. It becomes acidic and conductive causing both a chemical reaction with certain materials and galvanic reaction causing corrosion. As water is heavier than petrol, a layering effect can occur with stored fuel, having a higher water content settling to the bottom where fuel pick-up or main jets are located. Brass is know to react considerably poorly in this corrosive environment. The resulting corrosion makes jet orifices smaller and leans out fuel mixtures.

When mixing with 2 stroke fuels it has been noted this can cause phase separation in breaking down the oil and petrol content,causing a loss of lubrication. Under other conditions it can act as a solvent, washing oils from metal surfaces thereby increasing engine wear.

Ethanol readily permeates through rubber elastomers and plastics, resulting in a deterioration of these materials.

Fiberglass tanks are especially at risk for damage. One symptom of this is resin dissolving and gumming up the throttle slide and fuel lines. Factory glass tanks that have not had modern fuel in them can be sealed with a  tank liner and put into service. Tanks that have contained ethanol fuels can be sealed but no always with success. The ethanol fuel becomes trapped in the layers of fiberglass and will off gas when in the sun. This off gassing can cause bulging and potential leaks. If you leave the tank in the sun, for several days, before attempting to seal you may have better luck. Steel reproduction tanks are available so you might just hang the glass tank on the shop wall.

For fuel blends containing less than 5% ethanol, the concentration is low enough not to cause any significant effect. For 5% to 10% blend, some changes are recommended, (albeit that the USA has been subjected to this concentration for sometime without any known problems). Above 10% the effects of ethanol are known to cause problems and require modifications to maintain functionality and safety of the vehicles.

E0 to E10 blended fuels have been in use in the USA since the late 1970’s and have had no significant effect on the performance or durability of our product. Using blends above E10 are not recommended as effects of these have yet to be fully investigated.

The company is already effecting changes of materials in sensitive components. Needles will be produced in nickel silver whilst orifices will be made from manganese bronze. Diaphragms and O rings to be upgraded to Viton or other suitable material. Rubber petrol pipe to be upgraded.

What is one to do?

Use ethanol free fuel when available. (Map of ethanol free locations in US and Canada) This is not always an option. While there are videos on the web about how to remove ethanol from fuel, we advise against this. Removing the ethanol may lower the octane rating of the fuel and cause damage to the engine.

Upgrade float and float needles on all old machines. The white nylon floats (usually discolored yellow by fuel) should be updated to the Stay-Up black floats. These are sink proof and made from a cellular non-hollow composite material. New viton rubber tipped float needles are a must.

We advise that every time you put your bike away to shut the fuel taps and idle the bike till it quits. This will get the brass jets up out of the fuel. Preventing blocked and corroded jets.

Modern fuel will spoil a set of carbs and the inside of your fuel tank if stored long term. We advise draining your tank and float bowls into a fuel can before long term storage.

Even with draining the fuel out of the carburetors you get some residual fuel in the pilot circuit. The pilot jet (a pressed in busing for many years) will get blocked and need cleaning. We offer a special jet tool for this. New production carbs in the Premier condition have a removal steel jet which is part of the brass block off plug opposite the pilot air screw.